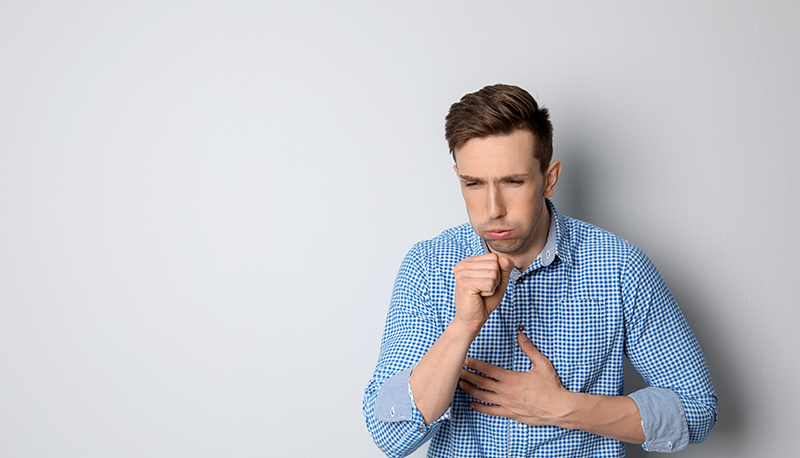 Did you know there are different types of coughs? To best identify and treat your cough, here’s what you need to know.

A chesty or congested cough is loose and accompanied by a buildup of mucus or phlegm in the lungs. Cough expectorants help loosen the mucus so that when you do cough, it can be more productive. There are also coughs where no mucus or phlegm is present. Both types of coughs can be treated with an antitussive, or cough suppressant, to reduce the amount of coughing. The active ingredients in all cough medicines are listed first on the Drug Facts label.

Certain conditions, such as the common cold, can cause a buildup of mucus, leading to chest congestion and a chesty or congested cough. Cough expectorants (i.e., medicines that help relieve chest congestion caused by mucus) help loosen congestion so that when you do cough it is more productive, which means you clear the mucus from your lungs.

Many of us are exposed to a variety of pollutants in the air, such as dust, exhaust fumes, and smoke, on a daily basis. When you develop a dry cough, it is your body’s way of clearing pollutants and other irritants from your airways. Cough suppressants, also known as antitussives, are medicines that are used to temporarily control or quiet a cough due to a cold, inhaled irritants, or minor throat and bronchial irritation.

Oftentimes, a cough is just one of many symptoms that you might be experiencing. There are some medicines that treat a cough and other symptoms that can sometimes accompany a cough, such as chest congestion, nasal congestion, runny nose, sneezing, minor aches and pains, and fever.

Safe Use Tips for Cough Medicines

Safe Use Tips for Parents

One in 30 teens abuses cough medicines containing dextromethorphan to get high. Abusers may take up to 25 times the recommended dose. For more information, visit StopMedicineAbuse.org.

Keep all medicines up and away and out of sight of children.

Not all products marketed under a brand contain the same ingredients. Please read the Drug Facts label carefully for active ingredient information.